Nitrus Oxide in Beaminster: Are you aware of what your children may be up to? 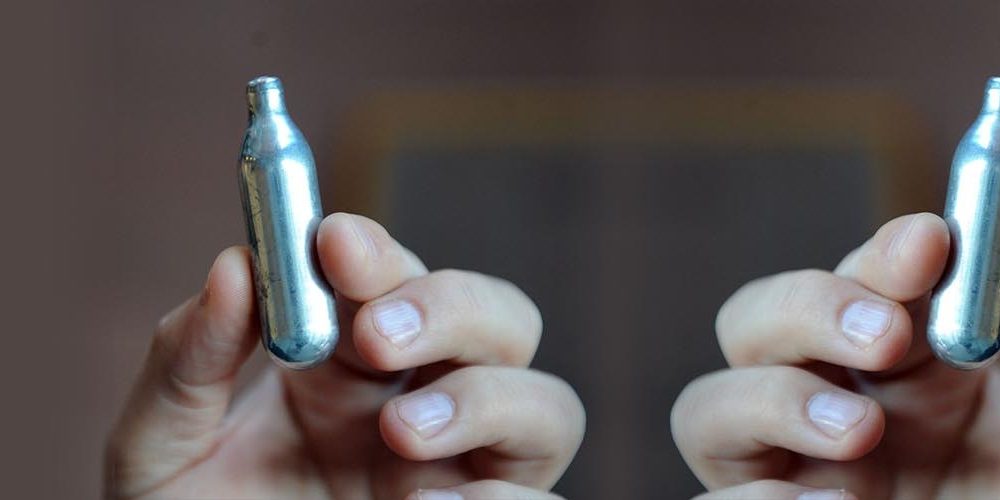 Nitrus Oxide in Beaminster: Are you aware of what your children may be up to?

We’ve recently been notified about the recurring discovery of what appears to be Nitrous Oxide (or ‘Laughing Gas’) canisters in Beaminster.

Unfortunately, the discovery of these small, silver metal canisters has become a common site around our county. And while it may appear somewhat harmless, the growing amount of them that are being found not just in Dorset, but countrywide, we thought we’d highlight the hidden dangers behind the abuse of Laughing Gas.

These canisters, which could cost as little as 50p, contain a gas called Nitrous Oxide and are currently ranked as the 4th most used drug in the UK, behind ecstasy, cocaine and cannabis. Although it has legitimate uses under medical conditions, it is illegal in England and Wales for anyone to sell nitrous oxide to anyone under the age of 18, if they think they’re likely to inhale it.

What we’ve also been noticing is that these gas canisters are being disguised and hidden in plain sight, through the means of sweet packets. What may seem perfectly innocent, might not be. The following photos are of the latest canisters found in Beaminster’s Memorial Playing Fields.

Here are some things you need to be aware of:

What does it look like and how is it used?

Nitrous oxide is a colourless gas that’s most commonly found in pressurised metal canisters.
You may have seen these metal canisters lying around in streets outside bars and nightclubs. The gas is inhaled quite often through transferring the gas into a container and then inhaled, however, some do risk inhalation of the gas directly from the canister which poses a serious health risk as the gas is under pressure and often causes a spasm of the throat muscle, leading to a person losing the ability to breathe.

The effects of nitrous oxide

Nitrous oxide slows down your brain and your body’s responses, and the effects of the drug vary depending on how much has been inhaled. Taking the gas can cause feelings of euphoria, relaxation and calmness, fits of giggles and laughter, sound distortions and hallucinations. However, it can also give you severe headaches, cause dizziness, restrict your ability to think clearly, cause short-lived and intense feelings of paranoia.

It is very dangerous to inhale nitrous oxide directly from the canister, and doing it in an enclosed space is also very dangerous. Taking too much nitrous oxide can risk you falling unconscious and / or suffocating from a lack of oxygen. This has resulted in death in some cases. Other risks include erratic behaviour, a deficiency of vitamin B12 which leads to a form of anaemia, nerve damage, loss of feeling in fingers and toes. Regular use has also been known to restrict the formation of white blood cells which are there to build the body’s immune system to fight off disease and illness.

Can you get addicted?

People have known to become addicted to the psychological effects of the gas, resulting in users developing an increased desire to keep using it, despite the harm it is causing.

What is the law behind the supply and production of Nitrous Oxide?

There’s no penalty for possession unless you’re in prison. But the supply and production can get you up to seven years in jail, an unlimited fine or both. The Home Office has confirmed that nitrous oxide is covered by the Psychoactive Substances Act and is illegal to supply for its psychoactive effect.

If you have any cause for concern, provide information to, or report a non-emergency crime to the police, call 101