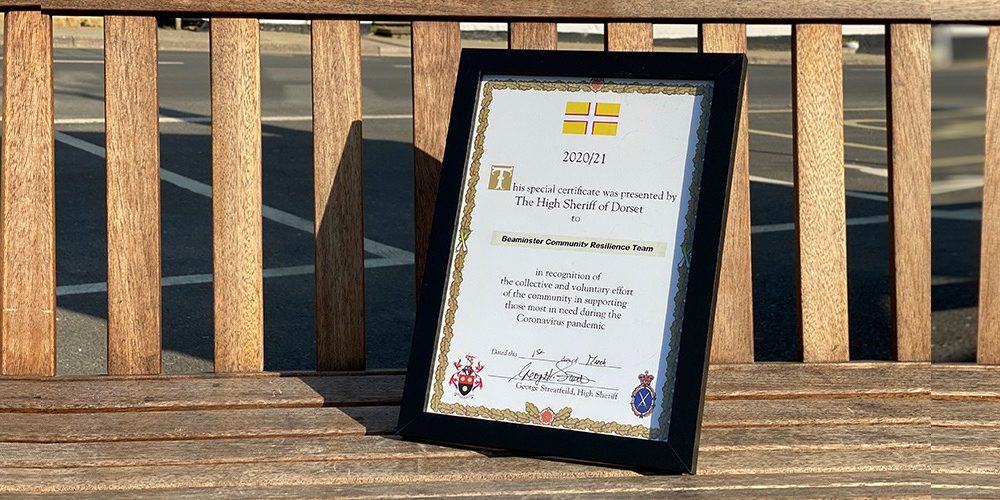 The sun shone, and smiles ablaze, as the Beaminster Resilience Team officially received the High Sheriff’s Community Award today in the Square. You may have read towards to the end of last year that the Team, which includes all those who have volunteered and helped with the support initiative, had been officially awarded the High Sheriff of Dorset’s Community Award in recognition of all their hard work, generosity, and kindness during the Coronavirus Pandemic. But not only that, but we’ve also received recognition of our efforts from the Lord-Lieutenant of Dorset.

Also receiving an award today was Paula Tuff, from Beaminster’s Prout Bridget Project, in recognition of the amazing work that the Prout Bridge Project does in looking after the local community.

Here are just a few photos from this morning’s award handover.

Well done, again, to all involved!

As soon as lockdown rules allow, the intention is to have a celebratory event with the entire Resilience team of volunteers. Details to follow soon. 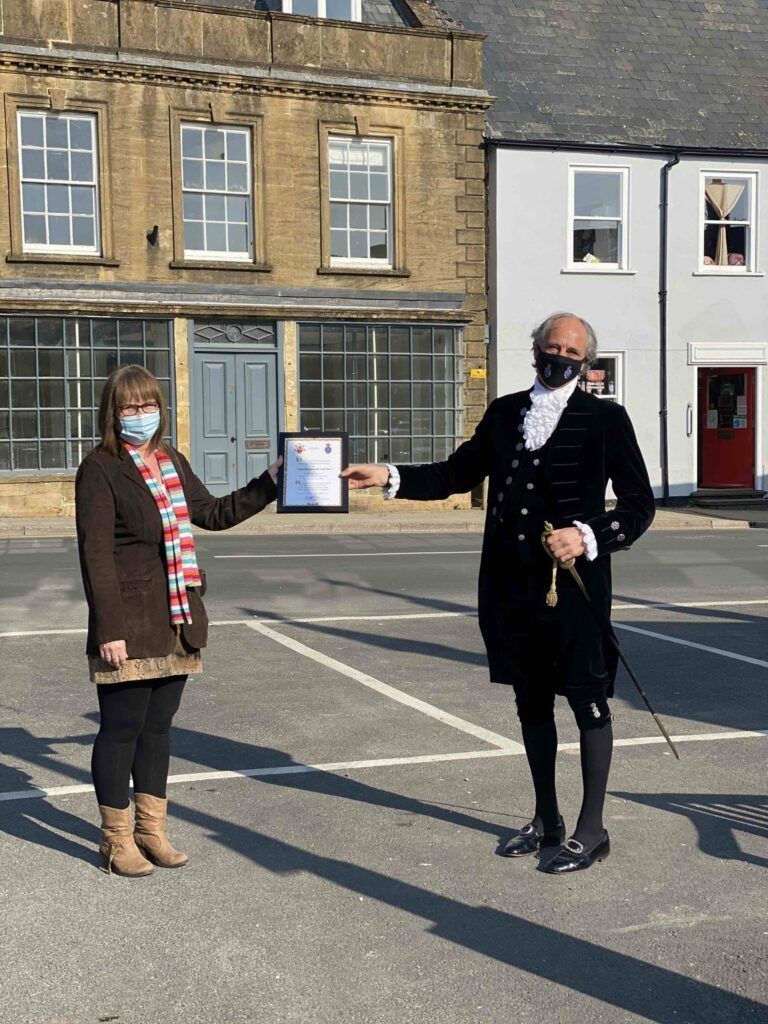 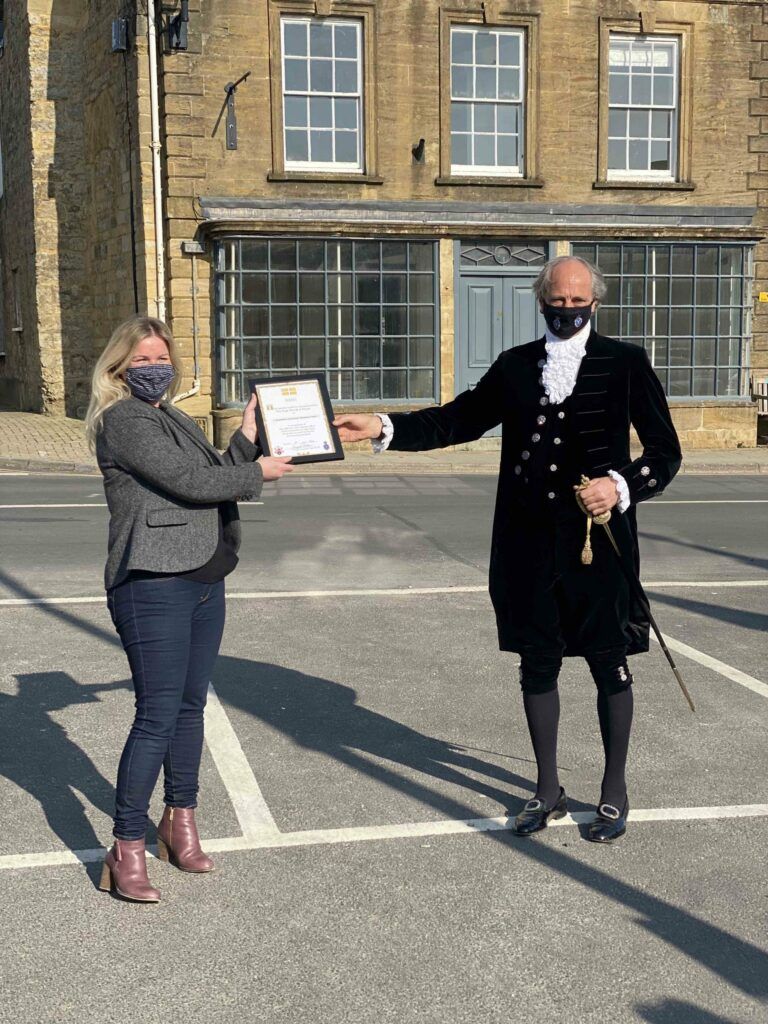 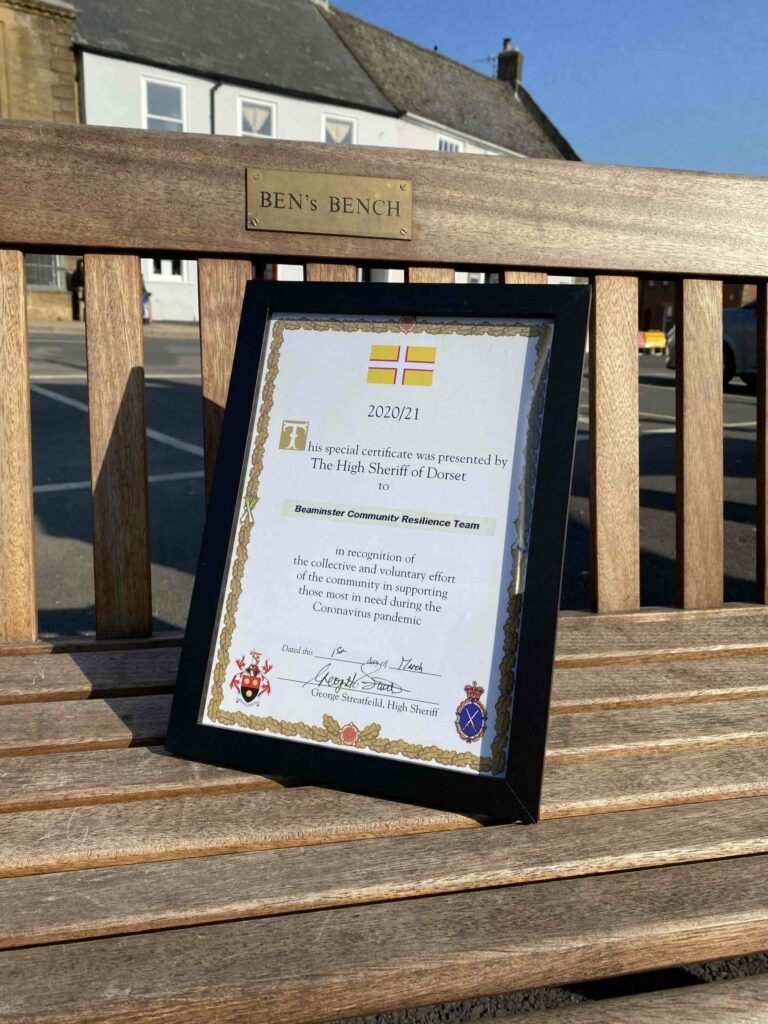 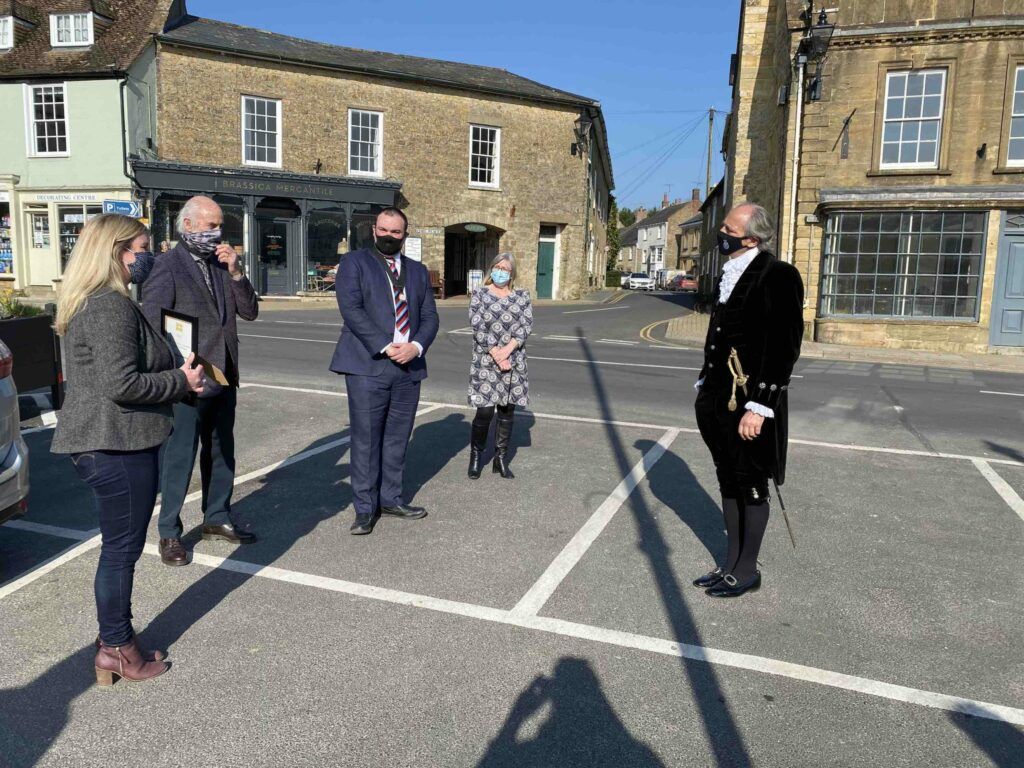