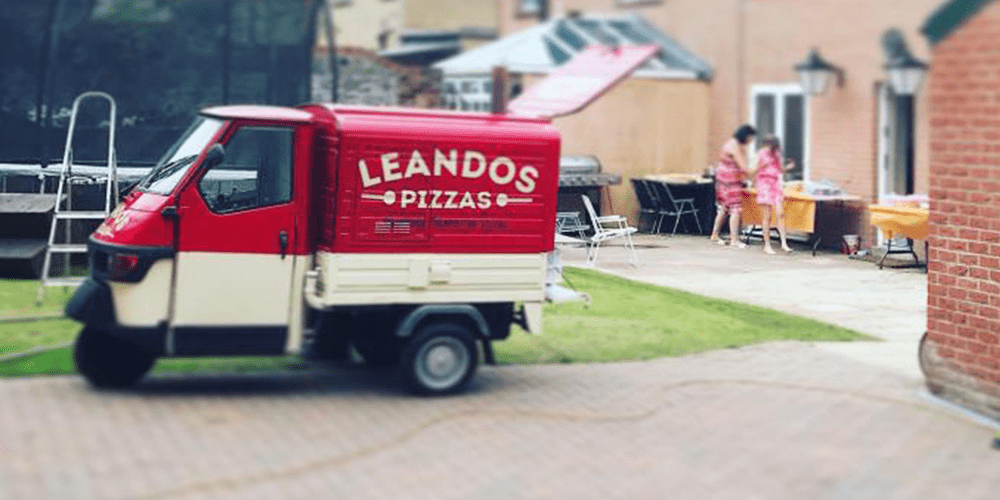 One thing we’re never short of in Beaminster, is the degree of ingenuity and entrepreneurship that exists in our wonderful community. And this week was no different. We recently had the wonderful opportunity to talk to Beaminster-resident Liam Ryles, who told us about a brand new venture that he’s been hard at work on, right under our very own noses.

Starting any new business is as exhilarating as it is scary, and Liam’s story is just another reminder of how perseverance and hard work, eventually will pay off.

In 2018, Liam had a dream to do something different. His dream to create and do something completely new, led him on a search for a vehicle that would make that reality come true. His search eventually led him to a classic Piaggio Ape, an Italian 3-wheeled light commercial vehicle based on a vespa scooter, produced since 1948 by Piaggio. Born out of a desire for Italians to be able to get back on their feet after World War II, the Piaggio Ape became the answer to a way to begin Italy’s economical reconstruction. Since then, the vehicles have been used all over the world for entirely new uses, and it was when Liam spotted an advert for one, that he instantly fell in love.

After a much-longer-than-expected purchase time, Liam realised a match made in heaven after his purchase of his very first Ooni Pizza Oven – an outdoor, wood-fired, compact pizza oven that speeds up cooking times considerably – providing a perfect opportunity for businesses to produce fantastic quality pizzas, at a much-improved speed. The meeting of these two Italian forces meant that something good was a-brew!

Getting the newly-purchased van home and re-shaped into something new was a heavier challenge than initially thought. Liam says, “First I took care of the mechanical side of things. I was surprised at just how slow these things go (with a very top speed of 20mph – and that’s with the wind behind you). The next mission was to sort out the layout. It had previously been used as a little coffee van, but had been left in a very sad state when the previous owners had ripped everything out of it. Lots of head scratching, lots of sketches, lots of tea and finally my son (7-year old Reuben) casually described exactly how he thinks it should be. And that’s how it ended up in the layout it is today,” Liam remarks about his project.

Gradually, as the shape around the project grew, so did the decision on colour-scheme, the layout, the dressing of the interior part of the van, until the point to where it is today.

And of course, while the van has been evolving, so too has Liam’s skills in making the best pizzas! “I’ve been perfecting the pizzas whilst the build has been on going. Every chance I got I would be researching pizzas, sourcing the perfect flour (it makes a massive difference!), the most delicious cheese and tomatoes.  I’m lucky to have the most amazing Italian wholesaler located in Bridport who sources the finest Italian produce for me.” Liam has even developed a super-sounding hot smoked honey, which is often used for drizzling on pizzas or as a dipping source to accompany certain meats too.

And that’s where we meet Liam today. The project is so close to being finished, but there’s a final finishing line to cross to get Leandos Pizzas open for business.  It’s been a true labour of love for Liam and for someone so dedicated to making this a fantastic new business, we take inspiration from the hard work he’s already put in.

Liam is currently raising the final amount he requires to cover necessary business insurances, and to finish off the finishing touches to get the van ‘business-ready’.

We wish him every bit of success as he continues his journey – and we cannot wait to try some of his amazing pizza ourselves!

Are you doing something amazing in Beaminster that you’d like to tell us about? Get in touch!