Stately Estates, Majestic Monuments and Poignant Places of Interest in and around Beaminster 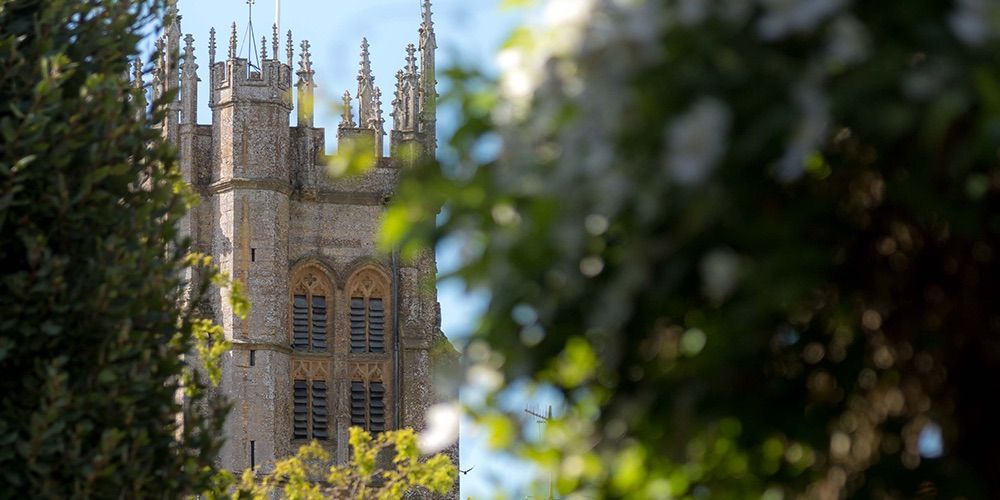 Stately Estates, Majestic Monuments and Poignant Places of Interest in and around Beaminster

Throughout Dorset, we’re never at a loss for amazing historical places to see and visit. From nostalgic gardens to impeccable collections, if you’re on the hunt to experience how life used to be, and how life continues to be today, then you’d be spoilt for choice. But there’s even more that lurks right under our noses, and unless we stop once in a while, it will pass you by completely. So, if you’re new to Dorset, just passing through or lived here all your life, we thought we’d highlight a few of these within easy reach from Beaminster. You never know; some of these may surprise you!  Some are open to visitors, while others remain under private ownership.

Standing proudly in our Town Square, the Robinson Memorial, commonly referred to as ‘Julia’,  was put up “in memory of Elizabeth Julia Robinson of Parnham” in the style of a covered market-cross, and was erected in 1906 by Vincent Robinson of Parnham, in memory of his sister. Built from local Ham Stone and Portland Stone, this listed building has seen Beaminster life transformations. Consider that this was built before the Titanic set sail, before any of The Beatles were even born and before World War 1. The stories it could tell. If you do take a moment to rest in the shade of Julia, appreciate its beautiful structure and try to imaging the years of change it has seen since 1906.

Otherwise known as “Beaminster Tunnel”, this connecting go-between one side of the hill to the other was completed in 1832 with an inscription that reads, “The public are permanently indebted for the erection of this tunnel to the zealous exertions of Giles Russell of Beaminster, GENT. Begun August 1831, finished June 1832. M. Lane, Civil Engineer”. Built in just 1 year, and still standing 187 years later, we’d say that’s pretty solid.

Tragedy hit during the build when a landslide resulted in the death of worker William Aplin. His death was commemorated with a white cross on a black stone, at the South Entrance of the tunnel – something which, if you look carefully the next time you pass, can still be seen today.

When the tunnel opened, it was nothing short of a spectacle. The story goes that enthusiastic celebrations opened the usage with “a 21-gun salute fired from the top of the hill, a firework display and the launching of a hot air balloon. A procession of dignitaries, local people and the tunnel workers paraded through the tunnel accompanied by three flag-bearers, two bands, the project’s patron in a four-horse open carriage and the Commissioners of the Trust and various officials in a mail wagon. A celebratory dinner was held afterwards in the White Hart inn in Beaminster, where Giles Russell was the guest of honour” (Wikipedia).

This listed structure has also seen its shares of challenges – where more recently in 2012, due to extensive rainfall, saw part of the tunnel collapse causing the tragic deaths of 2 people. It was re-opened in July of 2013 again and continues to carry travellers to and from Beaminster daily.

Just 2 miles outside of Beaminster, you’ll find Broadwindsor House, a former Vicarage built in 1838. Having served various functions throughout the years, it is now home to Broadwindsor Care Home – a beautiful care facility where visitors and friends are welcome.

This Grade 1 listed Church is still operational today where church-goers and visitors can explore this 13th century building. “The tower stands 100 feet high and is a wonderful example of Perpendicular Gothic style, with 41 crocketted pinnacles, and canopied niches holding statues of saints and Biblical scenes. A carving on the west face shows a man with fuller’s bat and mill, a reminder that one of the major industries in medieval Beaminster was the making of sack-cloth and rope from locally-grown hemp and flax” (Source: Britain Express)

For more information about the Church, please click here.

A wealth of history and heritage lies within the Parnham Estate, just outside of Beaminster. This Grade I listed property has seen its fair share of victory and intrigue and tragedy since it was built. Dating back to the 1400s, and has served a critical role in the history of Britain over many years. Having served as a nursing home, a country club and more recently, a private residence, the more prominent function of Parnham House was when it was used during World War II by the US Army where, together with the British Army, a large part of the D-Day landings were planned. In more recent years, Parnham House was owned by internationally-renowned furniture designer John Makepeace, who converted the stables and coach house to workshops and ran his School for Craftsmen in Wood in the house. In 2001, it was sold again and reverted to single, private ownership once more.

Tragedy struck in 2017 when the house was badly damaged by fire.

The Estate is not open to visitors and is currently under sale conditions to a private owner.

Mapperton was entered in the Domesday Book 1086 as Malperetone; that’s the length of history and heritage we’re talking about when we talk about the glorious Mapperton Estate, just a stone’s throw outside of Beaminster. Originally owned by William de Moion, the Sheriff of Somerset, who “earned 70 shillings from arable land for four ploughs, twenty acres of meadow and pasture, woodlands and a mill.” (Source: Mapperton Estate Website). Since then, it has been home to only a handful of families as the estate has transgressed generations.

Currently home to the Earl and Countess of Sandwich, Mapperton Estate boasts spectacular gardens which are well worth exploring. From March to October every year, the House, Gardens and the Coach House are open to visitors on selected days of the weeks with guided tours of the house available at selected times, with the gardens open and playing home to events throughout the year including Shakespeare plays, music and more.

It has been featured in feature films and television programs too, including Far from the Madding Crowd (2015), Restoration (1995) and Emma (1995).

Find out more about the Estate and the best time to visit, here.

Just under 2 miles outside of Beaminster, lies a Horn Park: neo-Georgian country house designed by architect T. Lawrence Dale and completed in 1911. A private residence, Horn Park lies just a smidge away from the incredible Horn Park Quarry (Horn Park National Nature Reserve) – one of the most prolific places to hunt for fossils in its time, which today remains protected from fossil hunting and has been home to incredible ammonites which were once very common and in excellent condition. Horn Park house is Grade II listed and, although not open to the public, opens its gardens on selected times of the years as part of the National Garden Scheme Open Gardens events.

Right in the heart of Beaminster lies a majestic Beaminster Manor. Although a private residence, Beaminster residents and visitors have many opportunities to enjoy the glorious gardens, especially during the summer months as part of the annual Beaminster Festival, where the Manor opens it’s gates to wonderful outdoor entertainment and family picnics. Beaminster Manor was built in the the 18th century, replacing an earlier dwelling and was extended and remodelled in 1822 by George Allen Underwood.

The gardens are just as spectacular to view when open to the public and comprise of an immaculate rose garden, a kitchen garden and a wilder garden where visitors can stroll around the grounds enjoying this beautiful Beaminster treasure from several different angles.

Beaminster Manor is only open to the public on select occasions.

A little further away from Beaminster lies the impressive Forde Abbey, a true South West treasure. The Abbey is a privately owned former Cistercian monastery in Dorset, England, and functions as a tourist attraction throughout most of the year, while the 1,600-acre  estate is farmed to provide additional revenue. A Grade I listed building, the Abbey dates back to the 1100s and was converted into a palatial family home during the mid 17th century. The house has exquisitely ornate plaster ceilings throughout the state rooms, together with collection of tapestries woven from cartoons drawn by Raphael for the Sistine Chapel.  As equally impressive are the ornate gardens that surround the Abbey; home to the highest powered fountain in the country, the award-winning gardens include topiary lined vistas, colourful herbaceous borders, an arboretum, a bog garden, which together with swathes of early Spring bulbs and camellias provide all year round interest.

The House & Gardens are open to visitors with more information available here.

Do you have a favourite historical place to visit in Beaminster? Tell us about it.