Lifestyle-living rooted in the heart of Beaminster and beyond. 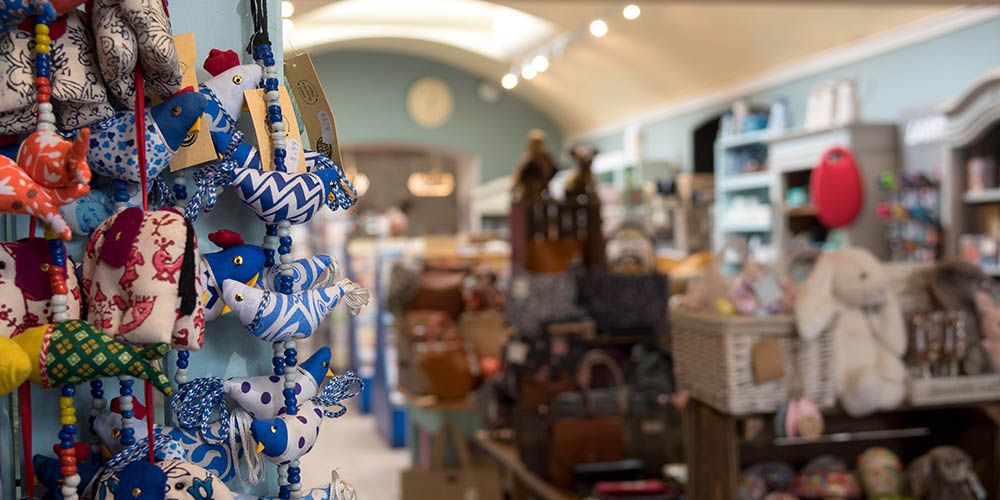 Lifestyle-living rooted in the heart of Beaminster and beyond.

If you’re a frequent visitor to neighbouring Bridport, you would have no doubt noticed the brand new Cilla & Camilla clothing shop that recently opened its doors on East Street. Homeware store Cilla & Camilla started its routes in Beaminster when Richard and Sally Ann purchased an existing business in 2011 with a desire to escape the SW to London weekly commuting rat race. Since then, Cilla & Camilla has not only successfully survived 2 substantially catastrophic blows to the town’s trading environment, but have also spread their wings and expanded into neighbouring towns of Bridport and Sherborne with product offerings that include homeware, gifts, a café and now a clothing store too.

We spoke to Richard to find out more about their journey as a business and the steps that have led them to their most recent expansion.

“We bought an existing business, Cilla & Camilla,  in October 2011 because I’d been commuting to London and working there all week, only coming home for weekends. We lived in a beautiful part of the country, with beautiful children, and I realised that never saw them or it. Retailing was what I’d always done, and I decided to start looking for an opportunity locally. Quite by chance, I happened to be in the Cilla & Camilla shop at the time in the square, and overheard a conversation where the owner was looking to sell it. I looked at him and said, ‘I’ll buy it’, “ Richard tells me.

Cilla & Camilla, originally a homeware shop that now stocks a wide variety of gifts, jewellery, homeware products, clothing and more, has become an essential go-to when visiting the town of Beaminster.  Recently also opening a café that serves light bites to eat and a great selection of cakes to accompany your teas and coffees, the stores are home to wonderfully unique things, many of them exclusively available in Beaminster with a solid nod to Dorset heritage, has resulted in visitors rating it as a ‘rare find’ with many ‘must-haves’.

“We always loved the homeware, giftware, lifestyle-type of retailing but we didn’t know where to start really! Thankfully the Autumn Fair took place just before we opened and we were able to find some beautifully unique and quirky things that inspired our range of products”.

It wasn’t long before Cilla & Camilla realised their potential for expansion and in 2012, Richard bought shop number 22, which was previously a homeware-only shop followed by an additional move 18 months later where he secured the adjacent business (number 21, a clothing store) and merged the businesses into what we know today. Due to the appetite for a decent cookware store, Richard set his sights on a business in Sherborne which was a growing concern and acquired the business with the idea to continue on with the Cilla & Camilla brand and run a dedicated cookware shop only.  By this time, they’d also opened their first Bridport shop which has also continued to grow (in size and stature) since then.

“When we bought the first shop in Beaminster, we had no intention of selling clothing.  There were already 3 businesses in Beaminster selling women’s clothing. All three of the clothing businesses closed over time, but none of them closed because they weren’t viable. The owners were either looking to relocate, or had a change in their personal lives and they simply wanted to move on. So we knew there was an appetite for women’s clothing, and we recognised the opportunity to continue this offering through Cilla & Camilla,” he tells us.

Richard and Sally Ann have a keen eye for detail, and they’ve learnt to understand what their customers like. “Because we’d been in the retail world, we’d developed a deep understanding of what lay ahead for retailers. We knew that we wanted to grow, but at the time, we didn’t quite know where and how. We knew that what worked well for our business was a good location, specifically market towns, which are attractive to both locals and tourists, which offered something different to the traditional high-street which had been taken over by larger, multi-national businesses,” he says.  “And if there’s been one thing that has worked for us, it has been that. A good selection of locations for our shops”.

Richard also shares that what has worked well in thriving towns like Beaminster, Bridport and Sherborne, has been that they haven’t had big retail developments that have taken people away from the core hub of the town and because of that, the town centre still serves as the core of community life.

Although he functions as an independent business, Richard’s focus is not on relying on the independent-retailer label to drive growth, but rather on ensuring that his customers have what they need and want, when they want it. “In my opinion, the ownership-model is irrelevant. We are retailers first, and independent second. For me, it’s about having the right product for the right people, at the right price, at the right time,” he says.  And that’s how we know that we’re doing things right through the number of amazing loyal customers that we see regularly and who keep coming back for whatever they need.

I ask Richard about what the changes he has noticed in Beaminster, over his 8 years as a trader in the town. “What I notice about Beaminster is that it punches above its weight. It’s not a retail centre nor a shopping destination, but it’s a great place to have a shop! It’s a combination of things that happen to pleasantly come together. One being the road that links the coast to the interior, so visitors have no choice but to travel through Beaminster.  It’s a largely attractive town and, although it’s not much, it has parking that is visible from the main road. The inclination to stop off for a quick coffee and a look around is much stronger for those passing through purely because parking is visible, than those who can’t see parking opportunities and decide to continue on with their journey to the next town,” he tells me.   “With a quick look around, you can see Brassica Mercantile, Pomegranate, both great looking shops. You can see a number of great places to have a cup of coffee or a meal. You can nip into our fantastic greengrocer Fruit ‘n Two Veg or Nick Tett’s butchers for a few key ingredients for dinner. You can see the COOP, which serves as a great place to nip into and grab some essentials, and while you’re there, have a quick nosey around the other shops in the square,”  he adds.  “It’s a happy combination that nobody designed, but which happens to work so well.”

And that’s why we love having Cilla & Camilla in town. The next time you’re passing through, or looking  for something completely unique, make sure you pop into Cilla & Camilla for a taste of something extraordinary.

Cilla & Camilla will be launching their Christmas ranges in October as well as opening as usual during the turning on of the Christmas Lights in Beaminster in November, for some late-night Christmas shopping.

For more information on them, visit their website https://cillaandcamilla.co.uk/