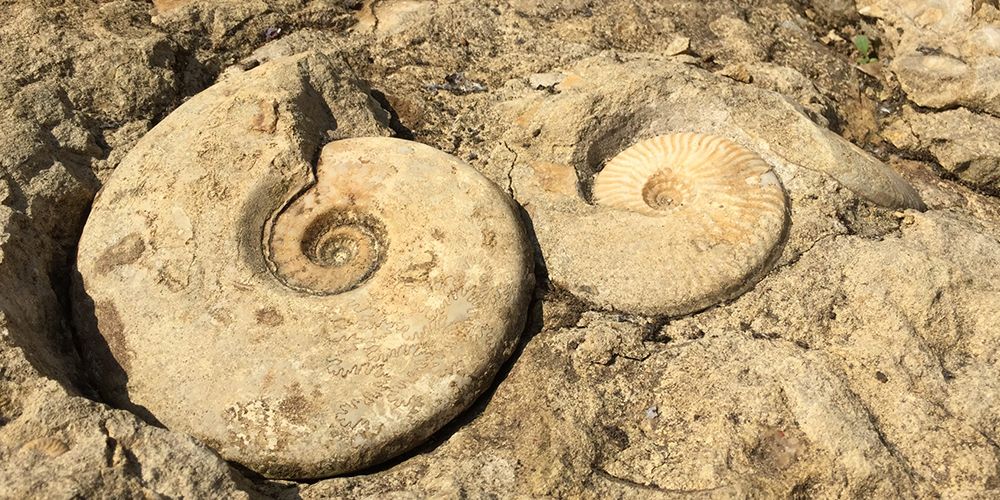 Horn Park Quarry is arguably the Jurassic Coast’s most well-kept secret. England’s smallest National Nature Reserve is based just outside Beaminster in an unlikely location – within Horn Park Business Centre.

Guy Kerr, Programme Manager for the Jurassic Coast Trust, tells us more about this amazing piece of history, located on our very doorstep.

Hidden away behind fencing to protect its unique geological contents, Horn Park Quarry offers a real treat for visitors – a wonderfully preserved bed of rock dating back 170 million years, to a time when what is now Dorset was a warm tropical sea, located close to the Equator.

This time period was home to a myriad of sea creatures, many of whom are now immortalised in fossilised form within the rocks of the quarry. These include the iconic swirls of the ammonite, a creature now extinct but which was once abundant across the world’s oceans. Ammonite fossils have been found worldwide, from Madagascar to Antarctica, and we have some of the world’s best examples, right here in Beaminster!

Ammonites are extraordinary creatures – their fossils vary in size from the tiny to the enormous, with giant species like Titanites measuring up to 1.3m in width! They propelled themselves through the ocean in the same way that a modern-day submarine does, by filling and emptying their body chambers with air and water.

The quarry is usually closed to the public, with access allowed on a couple of special occasions: either by booking a private trip through Beaminster Museum, as schools in Dorset and beyond do from time to time, or by attending one of the quarry’s Open Days. The first of these events happened in 2018, coordinated by Beaminster Museum, the Jurassic Coast Trust, and Natural England who are the reserve’s managers. At present the next Open Day at the quarry is not confirmed, but please keep a look out on the Jurassic Coast website – jurassiccoast.org – for any announcements.

Walking across Horn Park Quarry is truly a surreal and awe-inspiring experience. Imagine going fossil hunting, but instead of looking for one tiny ammonite amongst thousands of different rocks, you’re confronted with enormous, perfectly preserved ones, one after another until you don’t know where to look!

Access to the reserve is tightly managed, given the scientific significance of the fossils inside. The specimens found here are sometimes used by scientists to correlate rocks of the same age from around the world!

The ammonites on show here are similar to those found in Burton Bradstock at the top of its famous golden cliffs. The rock at Horn Park Quarry is from the same geological layer, and the same period in time, but at a much more accessible height!

The Jurassic Coast Trust is an independent charity based in Bridport. They work with museums, fossil collectors, businesses, volunteers and the public to protect, conserve and educate people about England’s only natural World Heritage Site, the Jurassic Coast.