The (sound)waves of Beaminster Youth Band 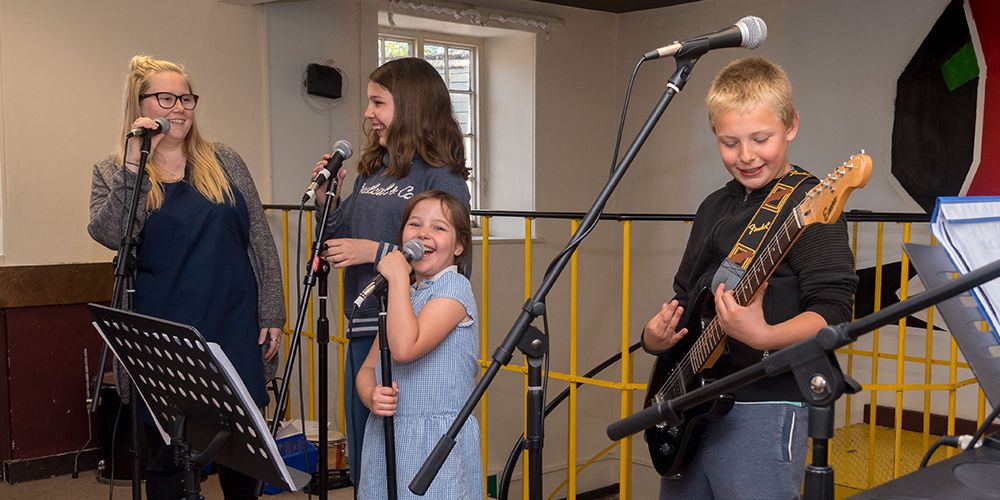 The (sound)waves of Beaminster Youth Band

The Beaminster Youth Club band has been running under different guises for many years.

Ever since member, and now leader, Lisa-Marie House obtained a youth music grant for instruments and the band has gone from strength to strength. From humble beginnings as the group known as Contrast the band evolved into Beaminster Pop Club and now finally into the Phoenix Youth Band which we all come to see today. Under the guise of Pop Club the band secured more grants and funding to acquire more instruments allowing for more members and a bigger sound which in turn brings the opportunity for more gigs and shows to display the young, local, musical talent of Beaminster.

That ethos of showmanship and building confidence followed the band through to its re-inception as the Phoenix Youth Band after the Dorset Youth Service was closed down. Failing to be deterred from the loss of the service and the uncertainty of the youth club continuing created a kind-of fighting spirit within the bands new leaders – former members Ollie Dodson and Lisa-Marie House – who, with the incredible backing and amazing campaigning of the late, great Gil Streets, were more determined than ever to make the band a fun and inclusive environment for young people to learn a skill, whether that be an instrument or singing, and to gain confidence in performing at a public event.

With Gil, Paula and the staff at the youth club they created the Prout Bridge Project – a community centre with the people of Beaminster at its heart. The band is proud to be a part of this growing charity organisation and is constantly working to raise money and awareness of its values.

3 years after its creation the band has played at Beaminster Festival 3 times, the most recent of which was supporting Scoot, it has played at the Christmas Fair in the town and has even ventured out to Bridport and entertained crowds at Jurassic Fields Festival twice in the last few years. In the next year the band have been booked for the Beaminster Festival again and have a song in their repertoire that is due to be recorded for a CD not long after the new year.

It is safe to say that the Phoenix Youth Band will keep going from strength to strength in the coming years.

For more information about the Phoenix Youth Band, and the Prout Bridge Project, visit their website here.