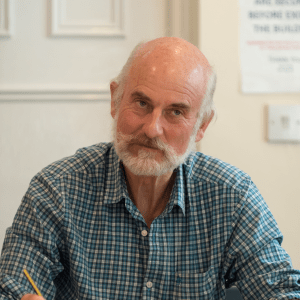 Before the main Planning meeting Councillors received a short presentation by a planning consultant sounding out the reaction of Beaminster Town Council to a possible resubmission for development of the site North of Hollymoor Lane. Yes this is the site that has been rejected previously AND where the owner lost an appeal. Councillors made it very clear that this wasn’t a site that could be considered for housing unless an alternative access was provided avoiding East Street/Woodswater Lane (and there are other obstacles) The consultant recognised this but was testing out reaction to possible alternative use for the land! We were told there would be some type of application in the future!

There were not many applications to consider but points of interest were an application to formalise the use of Bowgrove, Bowgrove Road as a residential dwelling (change from Holiday Let}. After the length and use of the building over time it is just a legal formality to get approval!

A garage in Chantry Lane was rejected again. Originally a large two storey garage was proposed in the front garden, this was then changed to a single storey garage which has been approved a couple of months ago. This THIRD application was single storey but included an office ‘extension’ which Councillors considered too large considering it’s position.

Jesmond Farm at the Tunnel Road end of Monmouth Gardens was an application for a new dwelling (there have been previous applications over the years which have been turned down). Fundamentally the situation has not changed in that the site is outside the ‘Defined Development Boundary’ and importantly is in a flood zone which acts as a ‘holding area’ for storm water thus helping the town avoid the potential for flooding. Therefore because of these reasons and others it was rejected.

On this occasion all the Planning Application decisions were unanimous, it doesn’t always happen!

Public Transport provoked a lot of discussion, including the news that DORSET Cllr. Tony Alford is very much supporting the No.6 Bus Route and is trying to get support from the area within DORSET COUNCIL where these decisions are made.

Highways discussion centred around Hogshill Street, the general consensus being to just get it done ASAP to enable resurfacing to take place!

Unfortunately there were no members of the Public attending the meeting.  The public do have an opportunity to speak at the beginning of meetings and you can also bend the ear of one of your Town Councillors!

Beaminster Town Council is a non political Council. We have 11 Members from which a Chairman and Vice-Chairman are elected each May. All of our Councillors volunteer their time to serve on the Town Council to benefit Beaminster residents and our local community.