75 years since VE Day, and here’s how Beaminster’s celebrating it. 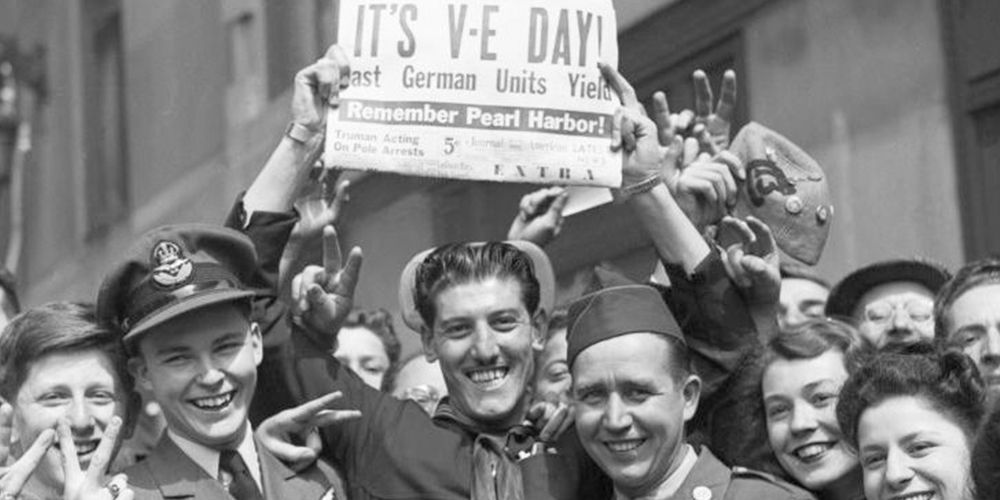 75 years since VE Day, and here’s how Beaminster’s celebrating it.

On the 8th May 1945, the world took to the streets in celebration of the end of World War 2.  And as much we’d love to have the biggest party in the Square tomorrow in remembrance of this celebrated day, our celebrations are all having to be postponed until the end of lockdown. But that doesn’t mean that we can’t celebrate in some shape or form.

So, that’s just what we’re doing.

Continuing on in the spirit of visual reminders, Beaminster St Mary’s Church will be illuminated tomorrow night from 8pm until 11:30pm, thanks to JSW Entertainment Group (the same team, who have been lighting up our Church every Thursday evening in recognition and thanks for all essential key workers).  We have a photographer who will be taking some great photos of the Church again, but in case you’re out for a late-night stroll, be sure to cast your gaze in the Church’s direction.

In line with social distancing regulation, please do not specifically go to the Church to view the lights. We’ll make sure that there are pictures to view as soon as they’re ready.

What was VE Day?

On May 8, 1945, Britain’s Prime Minister Winston Churchill announced that the Second World War was over. This was known as VE Day (Victory in Europe Day). However, the war didn’t officially end all around the world until September 2, 1945.

When did WW2 End?

During the course of World War 2, the Axis troops had captured and occupied lots of countries, including France and Poland. But by 1944, lots of these countries were being freed by the Allies. Italy also changed sides in 1943 and declared war on Germany.  Germany and the Axis powers were losing. Then, on April 30, 1945, Adolf Hitler took his own life. A week later, Germany surrendered.

On May 8, Churchill made his announcement about the end of the war in Europe, which is still celebrated to this day and tomorrow marks the 75th anniversary of this amazing day!

Huge thanks, once again, to JSW Entertainment Group and the Beaminster Churches Team for making this possible!