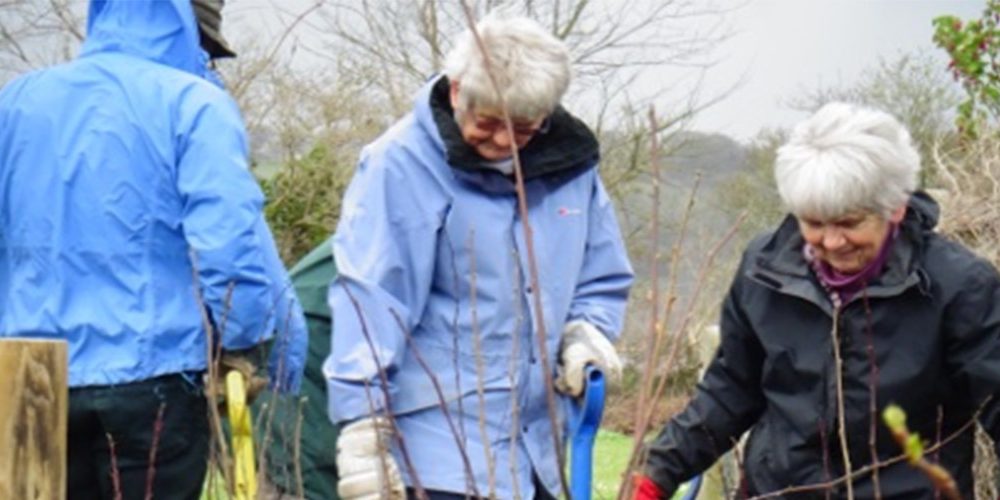 Beaminster is seldom a place of ‘nothing going on’ – even when the world is hit with a pandemic.  And as we all start to unlock ourselves, and our businesses start welcoming guests back in, slowly and carefully, we are reminded of other activities and initiatives in and around our community that will pick up and resume their important work, just as before. And one such example of the birth of the Beaminster Area ECO Group; a local community action group that is focussed on broad environmental issues that affect all who live in this district.

We spoke to Michael Dower, co-founder of the group, about what they’ve been up to, what their mission is, and how you can support their incredible efforts.

Where did it all begin?

In the early beginnings, an established ECO Church Group at St Marys, led by Gillian Perrot, were in the throws of how we as a community could live more sustainable lives, and limiting the damage we have on our environment. In 2018, a litter-pick initiative was coordinated around Beaminster, to clean up our town. The results were astounding; the amount of litter and single-use plastic just lying all over our community reflected that there was clearly work to be done, and out of that was born the formation of the Area Eco Group. Gill and Michael set about working out how just to do that, and decided to focus on 3 main themes: Climate Change, Use & Abuse of Resources and Concerns for the loss of Wildlife.

In October of 2018, they had a founding meeting, established a committee, and set to work.

What is it all about?

The Group is driven by growing public awareness of three inter-connected global processes which threaten the health of natural systems and the well-being of mankind:

Recent months have seen a rapid rise in public and political awareness of the severity of these three processes. Influential voices – the International Panel on Climate Change and the UN Convention on Biological Diversity – are now calling for a radical shift in our collective behaviour, worldwide. The call is to:

As with most things, this is only as successful as the support it receives from the community.  In March 2019, the group tackled a new project, and that was a target to plant 1000 trees around the Beaminster Memorial Playing Grounds. A year later, and all those 1000 trees are flourishing in the hedgerow around the fields. But the real success wasn’t only in hitting the 1000 tree target, but the involvement that the group received from families, students, friends and families in this project. “We had a lovely group of 5th formers that got involved in this initiative. Coinciding with the School Strike for Climate in March 2019, we had volunteers from all over who rolled their sleeves up and got involved,”  Michael tells us.

Michael tells us that the working group is about to be re-convened, once the lockdown regulations have been reduced. And there’s lots to be done. The team is focussed on crystallising the awareness that different sectors of the entire town’s community has and highlight the severity of the climate change threat and the immediate actions that are needed.  They are also planning to launch a number of initiatives needed in order to help the businesses, the schools, the church, the manufacturers and the community in general, to act in a way which will enable us to take our share of the reduction of carbon and greenhouse gas emissions and our contribution to renewable energy.

“We have remarkable services for a town of our size – but there’s no guarantee that they will be here forever. We need to be clear as to how we can be resilient in the face of Climate change,” says Michael.

If you want to know more about the group, or become involved, please contact Michael Downer on 01308 863515 or email him on mdower6@btinternet.com